History of the BHI

In the mid nineteenth century, Britain seemed truly to have been blessed among the nations. To the explosion of creative energy and entrepreneurship released by the industrial revolution was added the great wealth of an expanding empire. But while the empire grew, the industrial dominance of Britain was faltering, a fact revealed at the Great Exhibition in Hyde Park during the summer of 1851.

Perhaps curiously, horological manufacturing in Britain, particularly watchmaking, was largely untouched by the industrial revolution. The only major attempt here to introduce groundbreaking transfer of watch manufacturing out of the craftsman’s workshop and into a centralised factory took place in Soho and was carried out by a Swiss national, Pierre Frederic Ingold.

The failure of this enterprise  in 1845 had much to do with the virulent opposition from the established trade and also from the Clockmakers’ Company, a lethal combination, but Ingold’s departure for the New World must have set off some alarm bells for some of the more perceptive in the London trade. It had been just three years since the first of Chauncey Jerome’s Connecticut-made clocks had arrived in Britain and had resulted in a major cull of British clockmakers and the virtual death of the longcase clock. Now the Americans, with decades worth of experience in the development of volume production, were to be the beneficiaries of Ingold’s revolutionary ideas.

Of course it was not all bad news. In chronometry Britain still led the world and would continue to do so for the foreseeable future, and there were major advances in electrical horology leading to a new electrical horological industry, but much of the British clock and watch industry was reeling from assaults from abroad both in terms of new technology from the New World and fashionable design from the continent, particularly France and Switzerland.

There were some in the watch trade insightful enough to see this, chief among them John Bennett, a highly successful horological retailer in the City of London. His outspoken criticism of English watch manufacturers and his praise for the educational and organisational superiority of Swiss watchmakers led him to being a figure of hate in Clerkenwell, where many London watchmakers were based, but, although he trod heavily, nevertheless he spoke the truth.

The man who led the attack on the Bennetts of the world, although he later afforded them some grudging respect, was Edward Daniel Johnson, a watch and chronometer maker in Clerkenwell. 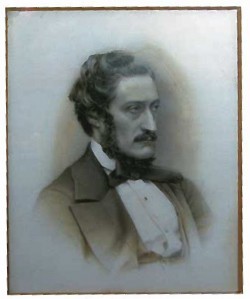 In their first public debate at the Mechanics Institute in 1857, Johnson undoubtedly came off worse against the witty, accomplished and well-supported Bennett, but this was the occasion when the germ of an idea for a Horological Institute came to him. Once it had taken root in his mind, he worked with great energy and determination to see it through.

Only just over a year later, the BHI was proposed at a meeting on 15 June 1858, at the Belvedere Tavern in Clerkenwell. Johnson himself gave what today we would call the keynote address. It was successful and the BHI was founded, its mission statement being:

“The objects for which this Institute is founded are to develop the science of Horology, to foster the arts and various branches of manufacture arising from it, and to stimulate and encourage the production of best workmanship, by suitable rewards and marks of distinction, and to attain these results by the formation of a library, reading room and a collection of tools, models and machinery, also by the delivery of lectures, and the reading of original papers […]”

Raising the standards of British horology, the BHI grew rapidly within its first year, moving into permanent premises and publishing the monthly The Horological Journal. Before long there were classes in watch and clock making, eventually leading to the courses, examinations and diplomas we know today.

The above text is an edited version of part of a talk by the current BHI President Alan Midleton, Why we are here: The Founding of the BHI, which he gave during a seminar to celebrate the 150th anniversary of the BHI.

The history of the BHI is subject on on-going research and publication. This concerns for example the First World War, when the BHI was instrumental in the country adopting British Summertime in 1916. The Second World War greatly affected the BHI. Subsequently, its bomb-damaged premises in Clerkenwell needed constant patching up. The cost of repairs ultimately forced the decision to look for alternative accommodation. This was found in Upton Hall in the village of Upton in Nottinghamshire, near Newark-on-Trent. In 1972 the BHI moved its offices, workshops, collections, library and other facilities to the present headquarters.

The History of Upton Hall