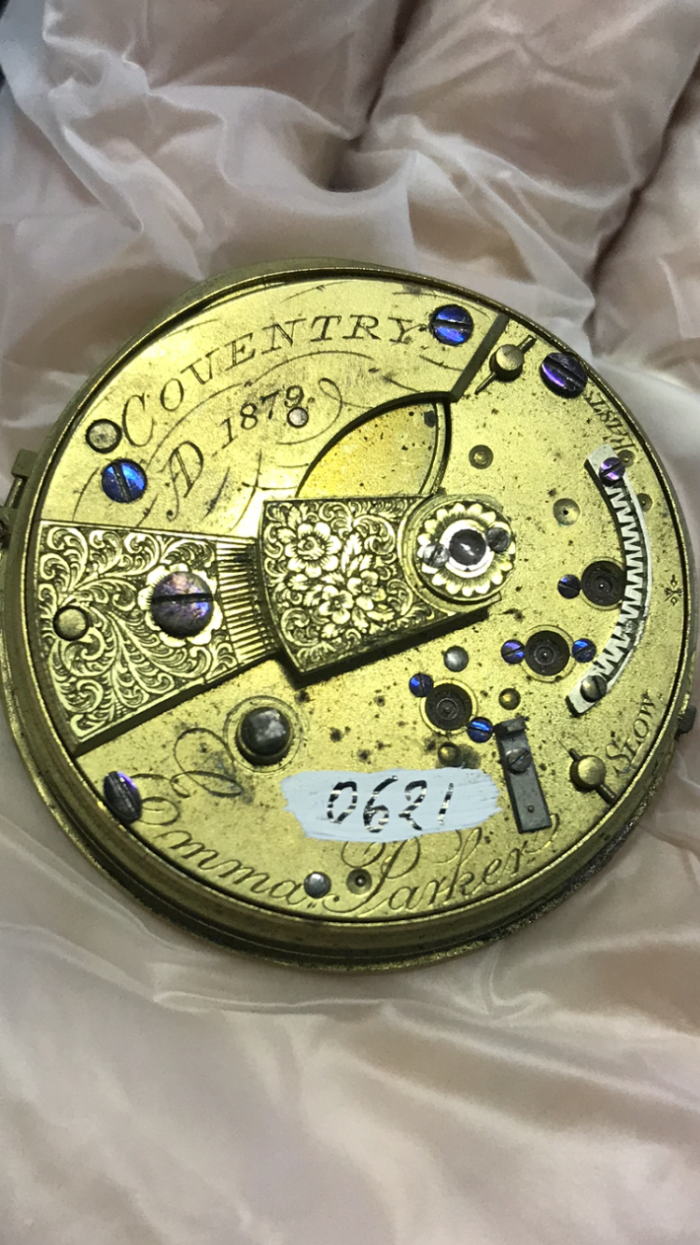 If watchmaking and clockmaking are niche skills that deserve more recognition, the role of women in the industries is possibly even more underrated. On International Women’s Day, let’s look at women’s historic and ongoing roles in horology.

They have, in fact, always played a key part. The fusee chains used in the escapements that typically drove early English watches were made predominantly by women and children; by 1780, as many as 500 were employed in this work in three factories in Christchurch in Dorset. (Sadly, health problems were rife as they often worked up to 70 hours a week in poor lighting and without modern tools.) Women commonly carried out decorative art such as dial painting, metal engraving and hand making. 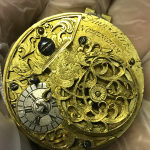 A pocket watch signed by Ann Kirk (Museum of Timekeeping)

They were makers too. In the eighteenth century, Ann Kirk signed her dials with her maiden name even after marrying Mr Piggott, as evidenced on a pocket watch and a 1726 longcase clock that is now in the possession of the Museum of Timekeeping. Another pocket watch, mid nineteenth century, is signed Emma Parker.  Elizabeth Belville (1854–1943) made her name as the Greenwich Time Lady, selling the time from her Arnold and Son Chronometer to people who wanted to adjust their own clocks and watches to accurate GMT. 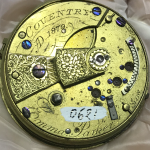 In America in the 1920s, a group of women now known as the ‘Radium Girls’ painted military watches and alarm clocks with glowing radium paint. As well as shaping their brushes with their mouths, they would paint their teeth, nails and hair. In 1938, several of them successfully sued their employer for the effect of the radiation exposure, which had caused illness and even death. It was a landmark for health and safety legislation as it is now. 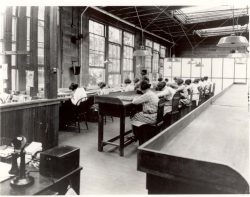 Women working with radium in a watch factory (Museum of Timekeeping)

So what about women in horology today? 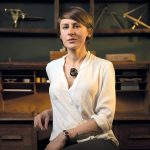 ‘In horology, you get to be a historian, designer and engineer all at once,’ she says. ‘The more you look into horology, the vaster you realise it is. There is a huge overlap between sciences and the arts.’ 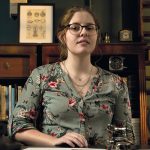 Heather Fisher, watchmaking apprentice at Struthers Watchmakers, shares her mentor’s passion. ‘I’m learning from people who have so many years of experience between them and know so much about restoration,’ she says. ‘I’d like to continue in watch servicing and go into restoration too.’ 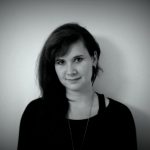 For clock restorer Rosie Kirk, who recently set up independently after employment at a business, horology is ‘a way to combine the things I love: history, maths, science and creativity.’ Her former manager still commissions her for work and she is also a new addition to the Cumbria Clock Company. ‘Turret clocks are not what I’m used to, so it’s very exciting to be doing something new like this.’ 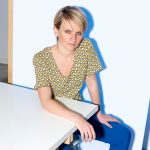 Watch designer Fiona Krüger fell in love with watches when she designed one for Audemars Piguet as part of her Masters degree. ‘I love the detail, the mechanics and the fact that watches don’t have to be round and flat,’ she says. ‘They can be artistic, anything you imagine.’ 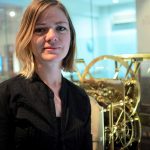 There is also Anna Rolls, curator of the Clockmakers Museum at the Science Museum in South Kensington and a well-known and respected member of the Antiquarian Horological Society. Shortly before taking on her post at the Museum in 2018, she delivered a joint lecture at the Royal Observatory about the research she carried out on the Greenwich Time Ball as part of repair works.

These are, of course, just a few of the women in horology today. If you’d like to learn more about horology, have a look at our clock and watchmaking courses. Men and women are both very much welcome!

Acknowledgements: Thanks to the Museum of Timekeeping for providing information on the history of women in horology, for this blog post.