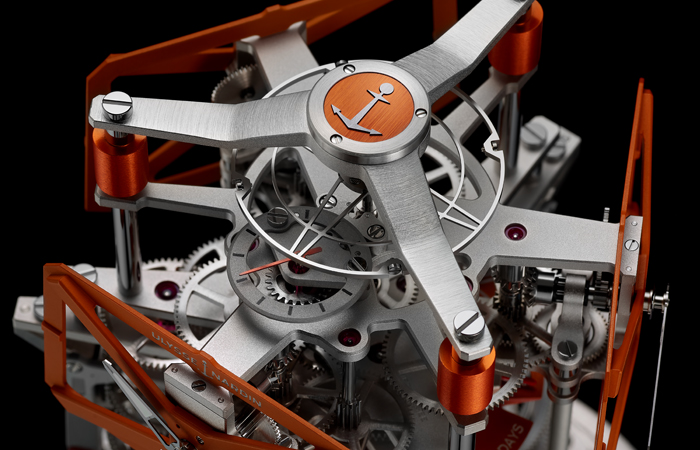 There is a new addition for ONLY WATCH 2021 – clocks. The biennial charity auction, established to raise funds for research into Duchenne muscular dystrophy, has just announced its horological collection for its next event, on 6 November 2021 in Geneva, and these include the three clocks profiled here, among them the Patek Philippe Complicated Desk Clock, which was made specifically for ONLY WATCH. Some 54 participating watch brands and related collaborations will be involved in this year’s auction, which is conducted by Christie’s on behalf of ONLY WATCH. To date, more than €70 million (£60 million) has been raised for the cause.

Last held in 2019, the event attracts a global audience of horological collectors and enthusiasts alike and as before, the new collection comes directly from leading watch brands, independent watchmakers and includes creative collaborations. Prior to the November auction the collection will go on a world tour to be presented to the public, media, and horological enthusiasts.

For details of the full watch and clock collection and tour, click here. 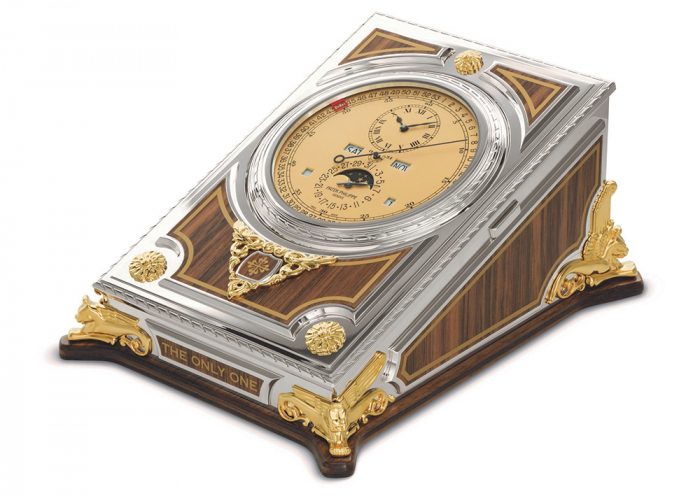 Famously, Patek Philippe’s contribution to ONLY WATCH 2019 was a unique stainless steel Grandmaster Chime wristwatch, ref. 6300A-010. The watch sold at the auction for a record-breaking CHF 31,000,000 (approximately £24 million).

For ONLY WATCH 2021, Patek Philippe has created a unique Complicated Desk Clock, ref. 27001M-001. The design was inspired by a desk clock which Patek Philippe delivered to James Ward Packard in 1923. (Packard was one of the founders of the Packard Motor Car Company in 1899). This desk clock is now held in the Patek Philippe Museum collection in Geneva. 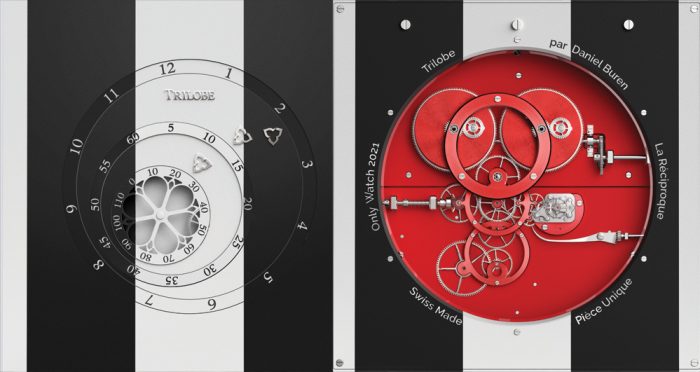 Image shows the dial (left) and the back of the clock (right).

To create this unique clock for ONLY WATCH 2021, watchmaking house Trilobe partnered with Daniel Buren, an internationally recognised French artist and sculptor. The objective was to create ‘reciprocity and duality’ between the ‘technicality of the watchmaker and the unique proposal of the artist’.

Trilobe’s signature is the absence of watch hands on its watch dials. Instead, its watches incorporate three rotating rings: the largest ring for the hours, the middle one for the minutes, and the smallest for the seconds. Three trilobes act as the time indicators on the dial. The dial of La Réciproque is the same. The case incorporates an alternating black and white aluminium frame. Both sides of the clock are protected by glass and the clock can either be fixed on a wall or stand on a table.

The D-Centric calibre was designed in France and entirely handmade by Swiss watchmakers. The clock is equipped with a constant-force escapement, while the barrel has been doubled to provide an eight-day power reserve. It has 590 movement components and finishing details feature hand-polishing, diamond-bevelled bridges, as well as sunburst barrels and micro-blasted plates. Dimensions: 30cm x 30cm x a thickness of 5.15cm. 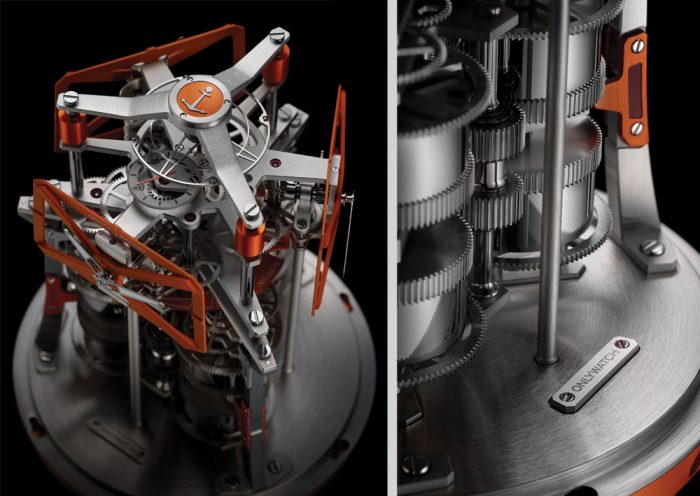 Founded by Mr. Ulysse Nardin in 1846, Ulysse Nardin is now part of the Kering international luxury group. The UFO Table Clock and Chronometer was created to celebrate the firm’s 175th anniversary this year; only 75 pieces were produced, in metallic blue, and all were sold.

This new, exclusive version has orange hues to match the ONLY WATCH 2021 theme colours as well as a small ‘ONLY WATCH’ plaque on the base.

© All photo images courtesy and copyright of ONLY WATCH.