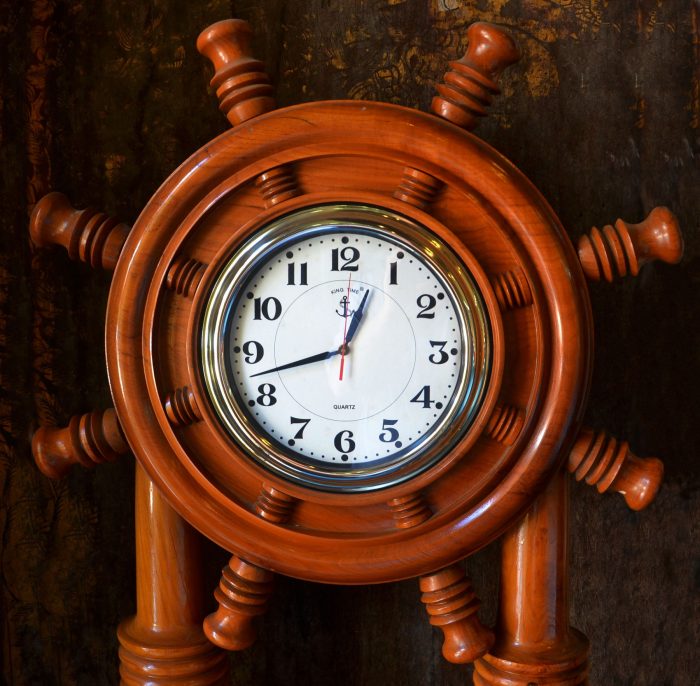 There’s probably no better way to learn about marine chronometers than to go to sea. If that’s not really an option, though, you could always take the tiller in the upcoming new Watch Gallery in the Museum of Timekeeping here at Upton Hall in Newark.

‘It’s all going to be much more interactive,’ explains Museum Manager Alex Bond. ‘So for example, we’ll have a mock-up where visitors can take a ship’s wheel and have a chronometer on either side. It’s a way of making the entire gallery more hands-on for people.’

Hands-on, indeed. As well as steering ships, guests can also learn about watches by constructing a wooden model of a standard escapement, and set various other escapements moving at the touch of a button.

Even the information panels are all being rewritten and reprinted in updated, clearer styles with new content.

‘It’s a more thematic approach,’ Alex says. ‘So each collection has a specific theme. We’re going to have areas dedicated to subjects such as women in horology and watches in warfare. It’s going to be engaging, that’s what we’ve been going for.

‘It’s about watch heritage but it’s also about social history and the role timekeeping has played in that. We want a wider audience to be able to relate to it and we want people to feel really involved.’

It’s been 12 months in the making, but everything is running to schedule and the new gallery is due to be complete for its grand opening at the Museum’s Spring Forward show on Sunday 29 March.

‘We’re all really excited,’ Alex said. ‘We want this to bring more and more people to the Museum.’

Image by Dean Moriarty from Pixabay