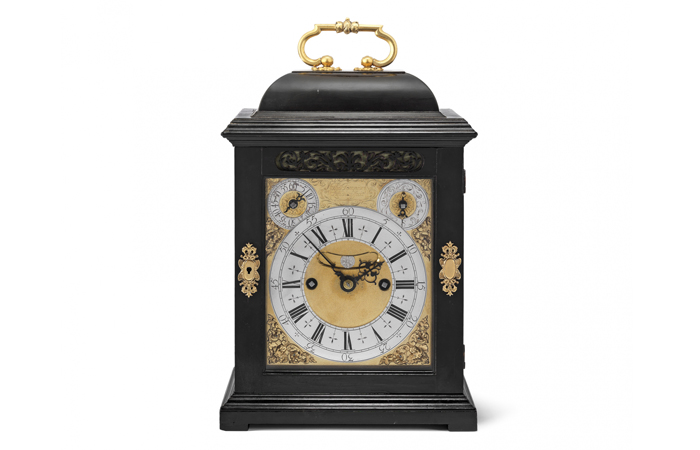 With excellent provenance and by the workshop of Thomas Tompion, a rare, early eighteenth-century gilt metal-mounted, ebony-veneered, quarter-repeating, and striking table clock sold at auction for £262,750. The clock, which had been estimated at between £120,000 and £180,000 was sold by Bonhams at its Fine Clocks auction held in London on Wednesday 16 December 2020.

The clock had been owned by the same Dutch family since at least the late nineteenth-century. In a 1912 inventory of the family estate, it was referred to as an ‘Old English Clock’.

Commenting on the sale of the Tompion, Bonhams’ Director of Fine Clocks, James Stratton, said: ‘This clock was one of a rare group of mid-size Phase Two table clocks that Tompion produced between 1691 and 1711. It was in beautiful condition, had wonderful provenance and I’m not at all surprised that it attracted so much interest and sold for such an impressive sum.’

The clock itself is numbered on the front sill ‘345’. The gilt dial front is signed top centre in flowing script ‘Tho: Tompion, Londini fecit’ within an engraved foliate cartouche. The movement is of eight-day duration. 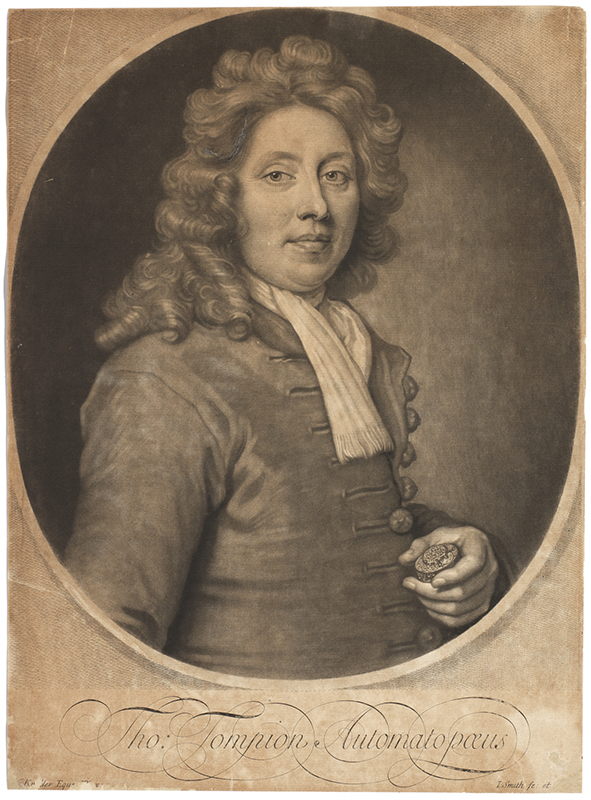 Almost as a perfect accompaniment to the Tompion clock, at the same auction Bonhams also sold a mezzotint portrait print of Thomas Tompion, from circa 1697, by John Smith after royal court painter Sir Godfrey Kneller. Tompion is portrayed holding a watch movement in his hand. The print sold for £1,211.

Also at the auction was a lantern clock engraved with the arms of the Brewers Company, by William Bowyer, London, and dated 1632. It sold for £56,500. A rare, late seventeenth-century ebony quarter repeating table clock with alarm by Joseph Knibb, London, sold for £50,250.

All prices include premium.