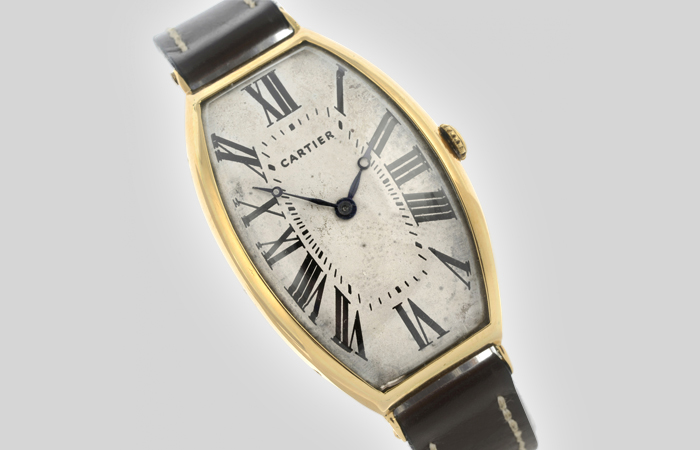 A vintage Cartier Tonneau wristwatch from circa 1914, which originally belonged to a British Captain who served on the Western Front in the First World War, has fetched the highest price ever for a Cartier watch sold by Fellows Auctioneers. The 107-year-old watch went for £15,312 (including buyers’ premium) at the auction house’s Luxury Watch Sale on 15 February 2021 – far exceeding its estimate of £6,000–£8,000.

Included with the watch were the original owner’s First World War military medals, and an authentication letter obtained from Cartier London, dated 1992. It is somewhat rarer to see a vintage wristwatch sold with military medals at a watch auction. This lot probably would have been of interest to both watch collectors and militaria collectors alike and it attracted strong bidding, both online and by telephone.

Cartier is famed for its early twentieth-century wristwatch designs, including the legendary Santos-Dumont and Tank models. The Cartier Tonneau (barrel) shaped wristwatch case design was launched around 1906. The accompanying Cartier letter of authentication states that the watch was originally sold by Cartier London in October 1914. The case back is personalised and engraved ‘A.D. Thomson, 152 Inf Bde., 51st High Div, 1/5/15’. According to Fellows, Thomson was a Captain and served in the Argyll and Sutherland Highlanders, which was part of the 51st Highland Division during WWI. The Division fought on the Western Front in France. 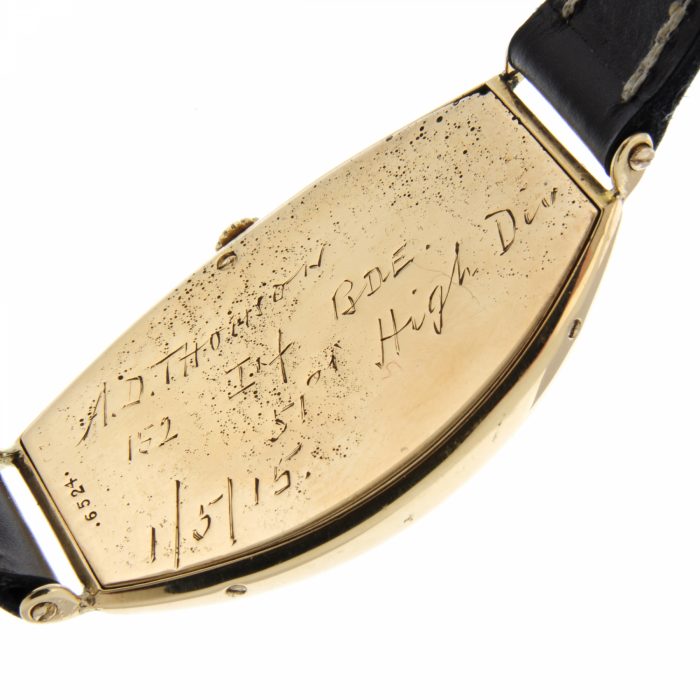 The wristwatch itself has a 18 carat yellow gold case and a manual wind movement. The dial has stylised Roman numeral hour markers. Measuring 21mm in width, the watch is in working order. 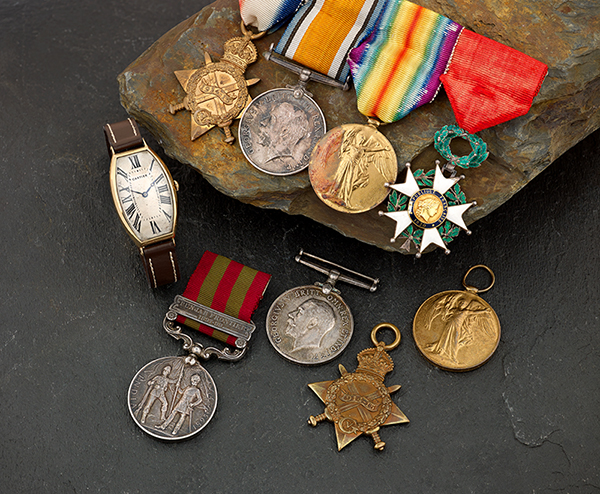 The medals included in the lot are also from WWI, plus an earlier campaign medal. In addition to the medals awarded to A.D. Thomson, there are some others which are thought to have belonged to Thomson’s father. A French Legion d’Honneur is among the collection.

Perhaps the new owner of this watch and accompanying medals would like to research the life of the original owner and learn the story behind them; it would be a fascinating story.