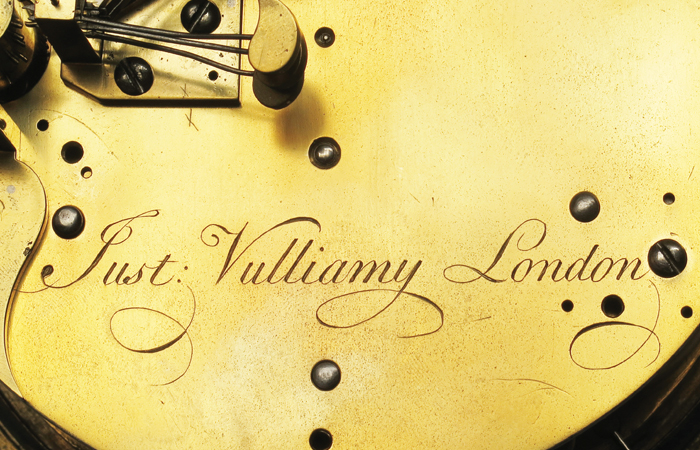 Time was when the graphic designer Sam Law-Bartle and I would work side-by-side in the same office for several days a week to get the Horological Journal to print every month. Of course, since lockdown began, we’ve both been working from home. The distance between us has gone from about two feet to 60 miles. (From next week, it’ll be even greater. 62 miles, maybe even 62.5. I’m moving house. We should still be ok.) It was strange at first, but we’re well connected, have all the benefits of technology such as Zoom and, of course, we’re both determined to keep the HJ going every month as it has done since 1858. It’s been maintained in the past under far harder conditions, without all the technological benefits we enjoy, so we are trucking on.

Which is what we’ve just finished doing, for the August issue. We have a piece by Jim Arnfield FBHI on his work in getting a Justin Vulliamy movement going, which included creating a new balance. Malcolm Pipes FBHI has a look at the various machines available for timing movements and Alan Myers studies a watch which he describes as a sort of ‘Rosetta Stone’ in what it could indicate about karrusel movements. Harrison enthusiasts have plenty to please them: a collection of essays about the horologist, reviewed by Douglas Bateman FBHI, and the latest in Colin Fergusson MBHI’s ‘Making Harrison’s Late Regulator’ series. The regulars are here too. Richard Fox tells us about how auction houses are functioning as they reopen and interviews WatchPro Managing Editor Rob Corder, and Mike Flannery shares his thoughts on the importance of constant innovation in Bench View, inspired by a movement that unexpectedly turned out to be American.

I hope you all enjoy reading this month’s HJ as much as we enjoyed creating it. If you aren’t a subscriber and would like to be, contact the BHI office; the journal isn’t the only benefit of membership.